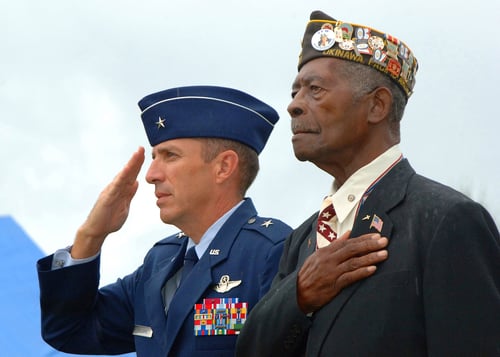 Scientific evidence is growing that medical cannabis may provide some promising means for treating a variety of conditions from which millions of veterans suffer disproportionately. In particular, while chronic pain affects about 30% of typical Americans, it affects 50% of older veterans, and 60% of those who served in the Middle East.

Recently veterans’ groups and wounded vets have increasingly sought access to, and more federal research about, medical cannabis. That may be unsurprising, given that chronic pain is the most common affliction for which medical cannabis is prescribed in those states where it is legal. A congressionally mandated 2016 review of the latest findings from the National Academies of Sciences, Engineering and Medicine found “conclusive or substantial evidence that cannabis or cannabinoids are effective for the treatment of chronic pain.”

“What Wounded Veterans Need: Medical Marijuana,” is the headline for a recent op-ed from the American Legion, the largest U.S. wartime veterans group, with more than 2 million members. As two Legion officials, Joe Plenzler and Lou Celli, wrote, “many Afghanistan and Iraq veterans have contacted the American Legion to relay their personal stories about the efficacy of cannabis in significantly improving their quality of life by enabling sleep, decreasing the prevalence of night terrors, mitigating hyper-alertness, reducing chronic pain, and more.”

The Secretary of Veterans Affairs (VA), Dr. David Shulkin (himself a physician), also recently said that he believes there to be growing evidence that cannabis can help treat many of the medical conditions plaguing vets.

Nevertheless, under current rules VA doctors are prevented from prescribing cannabis — or even from discussing it as an option — for patients suffering from chronic pain or other conditions for which cannabis is increasingly being prescribed to treat. These include traumatic brain injury (TBI) and post-traumatic stress disorder (PTSD), which, as the Legion notes, are “leading causes of death and disability within the veteran community.”

Instead, by listing it as a Schedule I substance -- alongside heroin and LSD -- the DEA has labeled marijuana as a drug “with no currently accepted medical use, and a high potential for abuse.” Thus, the Schedule I listing makes it extremely difficult to conduct the research about therapeutic uses that would amend the listing. The Legion calls this a “Catch-22” that the group would like to remedy by rescheduling the drug.

Adding tragic complications, as Plenzler and Celli explain, “many of the highly addictive medications frequently prescribed to veterans are direct pathways to the abuse of cocaine derivatives, methamphetamine, methadone, Demerol, oxycodone, and fentanyl that are classified as Schedule II drugs.”

Among the many victims of the opioids crisis plaguing the nation, “vets are 10 times more likely than the average Americans to abuse opioids,” according to outgoing VA Secretary Robert McDonald. He said that abuse drives a “downward spiral that all too often leads to homelessness, prison or suicide.”

In “The Cannabis Industry Annual Report: 2017 Legal Marijuana Outlook”, New Frontier Data has dedicated a chapter (“Cannabis Presents New Opportunities to Treat At-Risk Veterans”) to detail how veterans who obtain and use cannabis even in states where it is legal can jeopardize their access to their military health benefits, at great personal expense to those veterans and their families.

Given the potential for advances in medical treatment for chronic pain, opioids addiction, and other conditions plaguing veterans, most U.S. states have embraced this reality. The evidence suggest that it is time for the federal government to do so, as well. 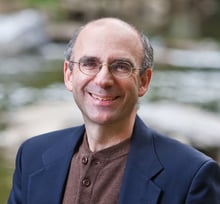 Dr. Joseph Romm is a former acting assistant secretary of the U.S. Department of Energy; an author; a blogger; chief science advisor for the Emmy-winning TV series, "Years of Living Dangerously"; and an advisor to New Frontier Data. He holds a Ph.D. in physics from MIT.