WHO to DOJ, re: CBD: It’s All (Medicinally) Good 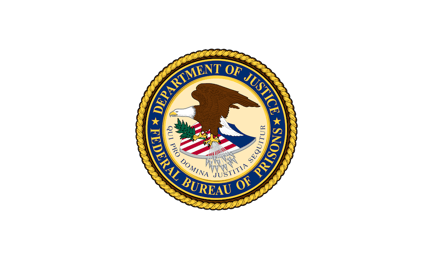 Newly published findings from the World Health Organization (WHO) about the medicinal benefits of cannabidiol (CBD) fall in direct opposition to the stance of the U.S. federal government’s keeping it listed as a Schedule I controlled substance.

Publishing recent findings which directly contradict both the established policy of the U.S. federal government at large, and public rhetoric and posturing by U.S. Attorney General Jeff Sessions specifically, the World Health Organization (WHO) has determined that cannabidiol (CBD) indeed has medicinal value after all.

Noting that it is among the naturally occurring cannabinoids found in cannabis, the report explained how “CBD has been demonstrated as an effective treatment of epilepsy in several clinical trials… There is also preliminary evidence that CBD may be a useful treatment for a number of other medical conditions.”

The WHO researchers noted that CBD has demonstrated value as “an effective treatment for epilepsy" in adults, children, and even animals, and cited preliminary evidence that it may also have use in treating cancer, Alzheimer’s disease, Parkinson's disease, and other serious and chronic conditions.

At the same time, however, industry experts warned that, lacking formal regulation and industry compliance standards, unregulated cannabis extracts obtained online or through store-bought CBD oils introduce risks by allowing patients to try and self-medicate without a doctor’s guidance or certainty of product integrity. The WHO went on to note that there is unsanctioned medical use of CBD-based products with oils, supplements, gums, and high concentration extracts available online for the treatment of many ailments.

As New Frontier Data reported in “The Cannabis Industry Annual Report: 2017 Legal Marijuana Outlook”, 95% of Americans now live in a state with some form of legalized access to cannabis (whether medical, adult use, or CBD).

On January 4, Sessions caused an industry-wide stir which briefly caused cannabis-related stocks to drop when he announced his rescission of the Cole Memo, a 2013 DOJ guidance document issued at a time when the states of Colorado and Washington were formalizing voter-mandated programs for adult-use cannabis. While Sessions’ announcement first caused critics to warn about harm from a return to policy failures of the ‘80s-era War on Drugs, Hoban Law Group reminded that Sessions’ shift will not, “on its face”, impact either the CBD or industrial hemp markets (Full disclosure: Bob Hoban, founder of the Denver-based firm dedicated to cannabis law, is an advisor to New Frontier Data). As explained, that is because “unlike marijuana, industrial hemp is legal under federal law within exemptions written into the Controlled Substances Act, as well as when grown or cultivated as part of a Farm Bill-authorized state pilot program.”