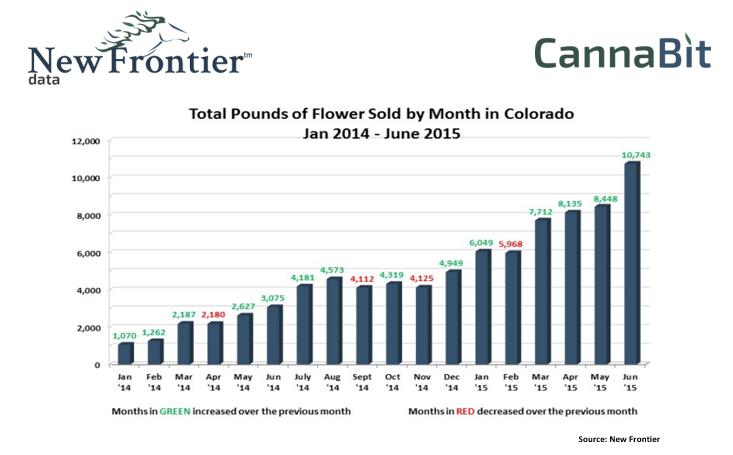 The volume of retail marijuana flower sold in Colorado increased ten-fold in the past 18 months, according to the Colorado Marijuana Enforcement Division, rising from 1,070 pounds when the market launched in January 2014, to 10,743 pounds in June 2015.

The single highest monthly increase was between May and June 2015 where sales increased by 2,295 pounds.

Based on the 2014 trends, sales in the state appear to increase in the summer, coinciding with the busy tourist season, before plateauing in the fall.