Top 15 U.S. States In Marijuana Use Over A One Month Period 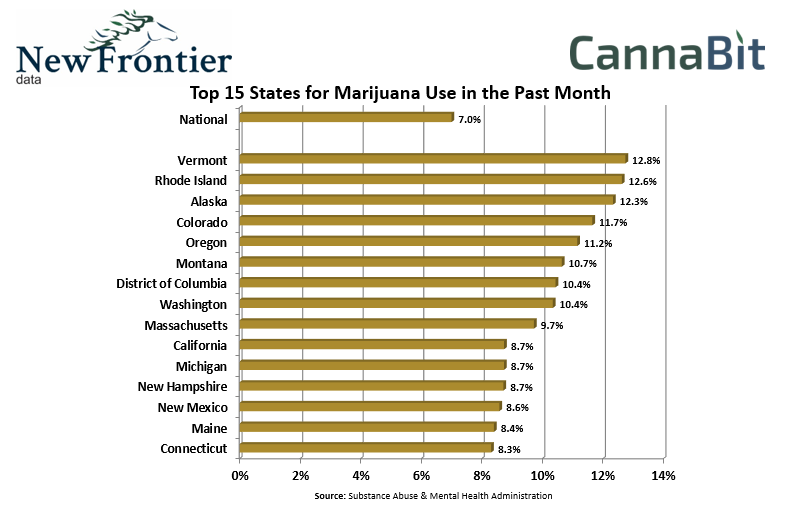 At nearly 13%, marijuana use in Vermont and Rhode Island is nearly twice the national average of 7%, according to data from the Substance Abuse and Mental Health Administration.

Five of the eight states with the highest use have legalized recreational marijuana use, and the rest are among those most likely to permit adult use within the next four years.