Support For Marijuana Legalization By Political Party In The U.S. (1975 to 2014) 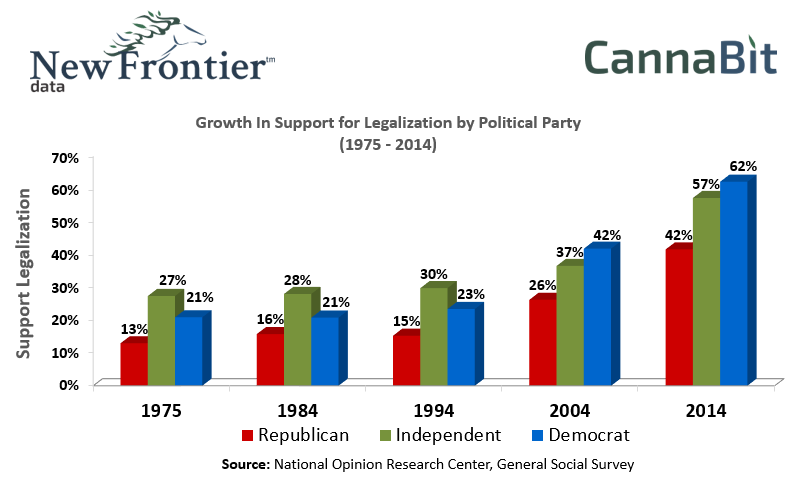 According to New Frontier, Democrats and Independents are more likely to support marijuana legalization than Republicans. However, in the past 40 years, Democratic and Republican support has more than tripled.

60% of Democrats support marijuana legalization, where as only 40% of Republican voters. Support among Republicans has almost doubled in the last ten years.