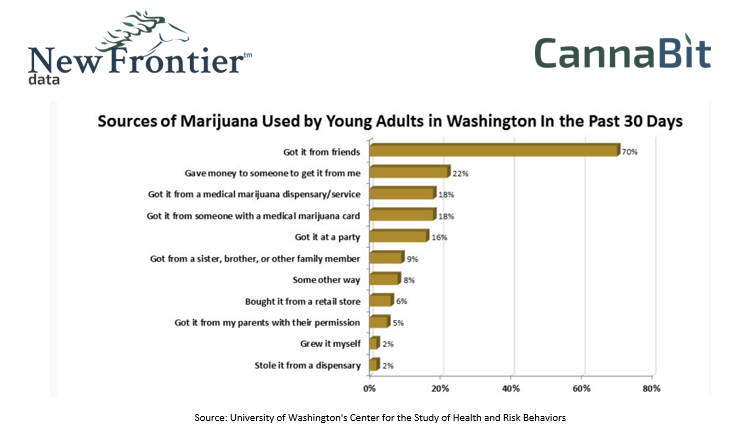 According to the University of Washington's Center for the Study of Health and Risk Behaviors, the vast majority of 18 to 25 year old adults (70%) received marijuana from their friends.

One in five also paid someone to get it for them, or got it from a dispensary, either directly or from someone with a card.

The study was completed in June 2014, and established that social sharing was the main way in which young adults got marijuana around the time retail sales began in the state.