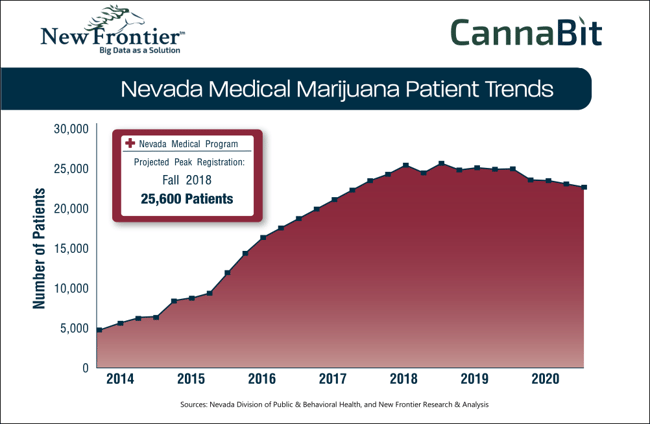 Since January 2014, patient participation in Nevada's medical marijuana program has grown at a compound annual rate of 71% per year, fueled in part by growing sales through the state's reciprocity program.

Nevada is one of just a few states, including Arizona, Delaware, Maine, Michigan, and Rhode Island, which honor medical marijuana licenses of patients from other states.

Nevada's patient growth is projected to plateau following the expected passage of the adult use measure in November 2016, and between 2018 and 2020, Nevada's patient population will fall by roughly 3%.