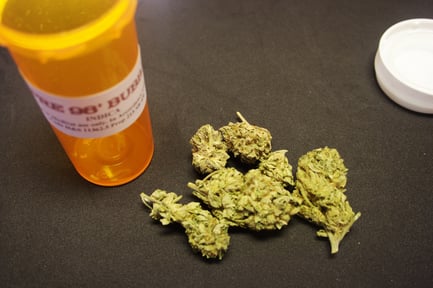 Next month will mark a year since millions of Americans successfully voted to legalize the use of medical cannabis in Florida, North Dakota, and Arkansas; to reinstate the medical cannabis program in Montana; and to legalize adult use in California, Massachusetts, Nevada, and Maine. With the states of Louisiana, Ohio, Pennsylvania and West Virginia also respectively advancing medical bills through their legislatures, the combined momentum of those actions marked a monumental inflection point for the expansion of the U.S. legal cannabis industry at large.

While much attention has understandably been focused on the forthcoming adult use markets in California and Massachusetts, entrepreneurs will nevertheless do well to court the possibilities in already established if still emerging medical markets: Following the results of the November 2016 election, medical cannabis with high-THC levels is legal in 29 states plus the District of Columbia (while adult use is legal in eight states and D.C.). More than 1/5 of Americans (21%) now live where cannabis is legal for adult use, and more than 2/3 (70%) live with reformed cannabis laws either decriminalizing the possession of small amounts, allowing medical cannabis, or making cannabis legally available and regulated for adult use. The demographic jumps beyond 95% when accounting for states having enacted low-THC/high-CBD-only laws for medical patients.

As detailed in New Frontier Data’s “Cannabis Industry Annual Report: 2017 Legal Marijuana Outlook”, the U.S. medical market is projected to grow at a 12% compound annual growth rate (CAGR) through 2025, from $4.7 billion in 2016 to an estimated $13.2 billion in 2025. During the same period, adult use sales are projected to grow at a 21% CAGR, from $1.9 billion to $10.9 billion. [NOTE: Projections are based solely on the state markets that passed medical and adult use legalization initiatives as of January 2017, and do not include assumptions for any additional states which may pass legalization measures before 2025.]

With an annual GDP that would rank it by itself as the world’s sixth-largest national economy, California will again best the top three U.S. medical cannabis markets by revenue in 2018, followed by Michigan, Arizona and a close-running Colorado. California accounted for over 57% of legal medical cannabis sales in 2016, and will continue to be the biggest player through 2020, with projections to reach $2.5 billion (and 32% of the U.S. market overall) in medical cannabis sales. Meantime, Michigan, Arizona, and Colorado are each projected to account from between 10% down to 6% of all U.S. medical sales by 2020.

Newly emerging markets will most notably include Pennsylvania, Maryland, Florida, and Ohio, respectively. By example, with a population of nearly 13 million and an extensive list of eligible medical conditions including chronic pain and PTSD, Pennsylvania is poised to become one of the nation’s largest medical cannabis markets. Legalization for medical use took effect in May 2016, and regulators have been expedient and deliberate in drafting regulations to guide implementation. In 2017, the Pennsylvania Department of Health granted cultivation licenses with six-month windows to become operational. Given that framework, 2018 is expected to mark the first year of legal sales, and monthly revenue growth is expected to take off: Between 2018 and 2025, its medical cannabis market is projected to grow at a CAGR of 46%, from an estimated $88 million (assuming sales beginning in January) in 2018 to beyond $1.2 billion within seven years.

Suffice it to say, even despite uncertainty from the federal level, 2018 offers a healthy diagnosis for opportunity. To more continually keep up with industry insights, visit New Frontier Data’s revamped online business intelligence platform, Equio, to find and reference an ever-growing library of industry reports, company risk profiles, real-time market indices, and curated news to help entrepreneurs and regulators navigate the future as effectively and efficiently as possible.