Medical Cannabis Could Take a Big Bite Out of Pharmaceutical Sales 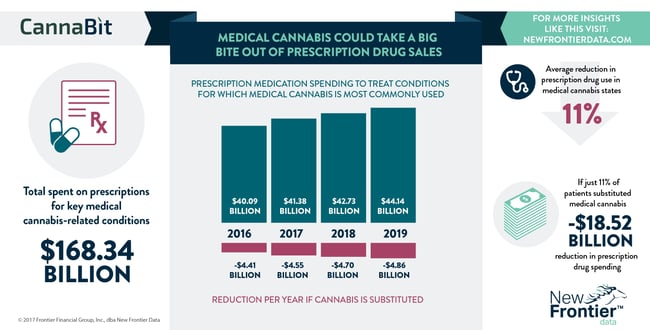 Medical Cannabis Could Take a Big Bite Out of Pharmaceutical Sales

* According to the National Academies of Science