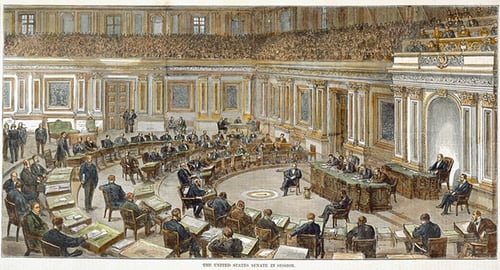 A voice vote by the Senate Appropriations Committee Thursday approved inclusion of the Senate version of the Rohrabacher-Blumenauer amendment which prevents the federal government from interfering with medical marijuana programs legalized at the state level.

While formal passage of the bill is not expected until the fall, it was being interpreted by some, as detailed by the libertarian magazine and website Reason, as a rejection by the panel's members (including 16 Republicans) to a May 1 letter by U.S. Attorney General Jeff Sessions to let the amendment lapse.

The rider was first passed as the Rohrabacher-Farr amendment in 2014, and since then has been renewed annually.

Today’s action coincides with the expected release of a report by a subcommittee of Sessions’ recently created Task Force on Crime Reduction and Public Safety to review current federal policies “in the areas of charging, sentencing, and marijuana to ensure consistency with the Department's overall strategy on reducing violent crime and with Administration goals and priorities.”

As Hoban Law Group attorney Steve Schain explained, “In this lucrative, yet volatile industry in which the amendment serves as the ultimate firewall from disruption from the federal government, ‘cautiously optimistic’ is how legalized marijuana industry stakeholders are responding to keeping the federal government from interfering with 29 states’ and the District of Columbia’s legalized medical marijuana programs.”

A video of today’s hearing can be seen here; also included is the specific language of the Leahy Medical Marijuana Amendment, and of the Merkley Industrial Hemp Amendment, respectively.

Be on the lookout for more New Frontier Data analysis of critical Daily In Sight stories, soon available exclusively via Equio, our free online portal. Not an yet an Equio user? All the real-time cannabis intel you need at your fingertips: FREE SIGN-UP HERE!