The use of cannabis is not uniform across demographics. According to a 2014 survey of Colorado adults conducted by the Colorado Department of Public Health and Environment, there are considerable differences in cannabis usage rates across races, income levels, education levels, and age groups.

Somewhat surprisingly, the starkest differences in reported usage rates occurred across sexual orientations. According to the survey, 30% of Coloradans who identified as gay, lesbian, bisexual, or transgender (LGBT) had used cannabis in the past month, compared to 12.9% of heterosexuals in the state. Nearly two-thirds (64.4%) of the LGBT respondents reported trying cannabis in their lifetimes, while fewer than half (48.7%) of heterosexual respondents had tried cannabis. Additionally, the LGBT respondents reported using cannabis for the first time at a younger average age (17.5) than had their heterosexual counterparts (18.1). 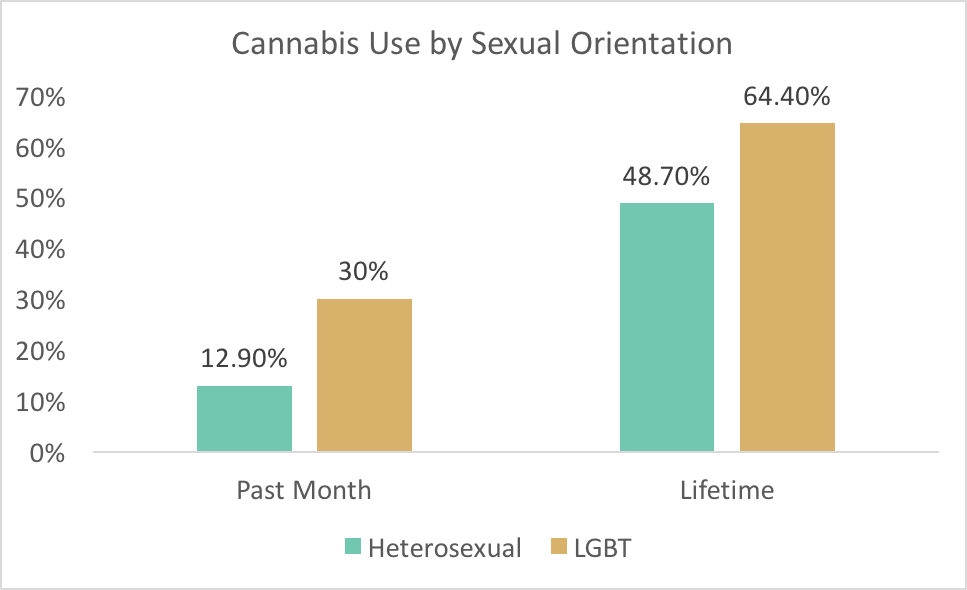 According to data collected by the General Social Survey, gay, lesbian, and bisexual Americans support legalization of cannabis at much higher rates than heterosexuals. In 2010, 65% of gay and lesbian General Social Survey respondents supported legalization, and in 2016 support among gay and lesbian respondents had grown to 80%. Support was even greater among those who identified as bisexual, at 73% in 2010 and 91% in 2016. Heterosexuals meanwhile supported legalization at a rate of 44% in 2010, and 58% in 2016. 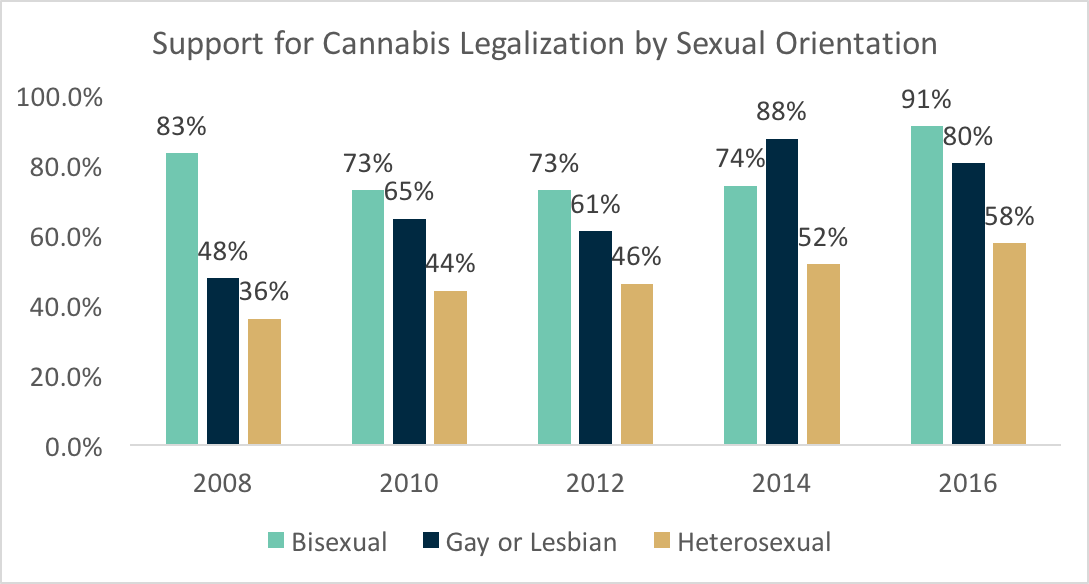 The differences in LGBT usage rates and support for legalization, compared with heterosexual usage rates and support, may be reflections of both the general political leanings of the respective demographics coupled with trends in public opinion. Indeed, both cannabis legalization and the LGBT movement have traditionally been driven by social liberalism which shares social tenets with the cannabis legalization movement. The LGBT movement and cannabis movement have seen somewhat similar trajectories over the past 20 years, each seeing increased public acceptance and policy reform.

The results have implications for cannabis companies and organizations interested in diversifying their branding and reaching new customers. According to the Movement Advancement Project (MAP), the state of Colorado has approximately 184,000 adults who identify as LGBT, or 4.3% of the total adult population of the state. However, people who identify as LGBT represent 9% of past month cannabis users, thus at a rate more than double their proportion within the total population. As nearly 1/10th of the total user base for the state, there seems to be significant untapped potential for businesses to develop products and branding which cater specifically to LGBT cannabis users. The opportunities seem especially notable as legal adult use cannabis markets expand to jurisdictions with traditionally large and well-established LGBT communities in California and Massachusetts, both of whose adult populations average 4.9% LGBT, according to MAP and 2017 analysis by Gallup. 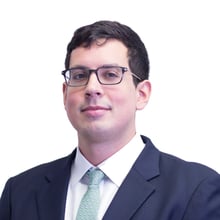 Andrew Martinez is a Data Analyst for New Frontier Data where he applies his understanding of economics and public policy towards analysis of the evolving cannabis industry. Prior to working for New Frontier, he was an International Trade Enforcement and Compliance Analyst with the U.S. Department of Commerce, International Trade Administration where he analyzed foreign company dumping activity in the United States. Martinez brings with him a wide range of experiences including working at the Beijing based merchant bank, JFP Holdings, and as an English language instructor in Shenzhen, China. Martinez holds a Bachelor of Arts in Political Science from the University of Southern California and a Master of Arts in International Economics and International Relations from the Johns Hopkins School of Advanced International Studies in Washington, D.C.