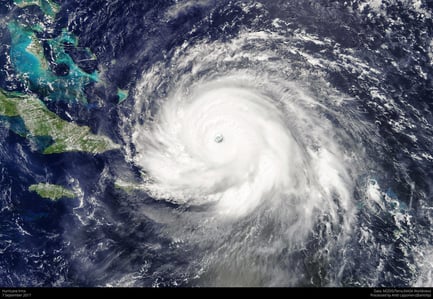 Though Hurricane Irma last weekend legitimately threatened to be disastrous in Florida, catastrophe was largely averted despite storm-surge flooding and widespread power outages felt throughout the nation’s third-most-populous state.

In the storm’s wake, an estimated 40% of Floridians – roughly 1 out of every 22 Americans – were reportedly left without power which may not be restored for weeks.

Nevertheless, by a combination of luck and the residue of design, Florida’s nascent cannabis industry weathered the storm in better stead than many other businesses.

“We really had very little disruption,” according to Troy Woloveck, president of Denver-based TGS National, regarding the company’s Green Solution franchise in Gainesville. The cultivation facility lost standard power for four days, but had four generators working, so “really didn’t miss a beat,” according to the company.

Just last month, Florida issued licenses to two more cultivation businesses in the state, bringing to nine the number of active operators there. Still three more are soon to come onboard to provide for a fast-growing statewide market of up to 500,000 patients under Florida’s constitutional amendment as voted in last November, with 71% of the vote.

Amendment 2 (taking effect on Jan. 3, 2018) amends the Florida state constitution so that qualified patients who have a physician’s recommendation may legally possess and obtain medical cannabis provided by state licensed dispensaries. The measure makes full-strength cannabis available to patients with cancer, epilepsy, glaucoma, HIV and AIDS, post-traumatic stress disorder, ALS, Crohn’s disease, Parkinson’s disease, multiple sclerosis or other officially diagnosed debilitating medical conditions. Doctors prescribe orders for medical use, and their patients can go to any state-certified dispensary of their choice to obtain it.

As for the state of the businesses, “we don’t think there are any issues among the seven licensed growers which are up and running, and the other five who are just getting started should be OK,” according to Woloveck. “We imagine that some of the growers down in south Florida are still without power, but have generators and are doing OK, because in order to get our licenses we all had to prove to the state that we could sustain [events] like this. In our applications, we had to prove that we could hunker down.”

The wisdom of that approach found affirmation through Irma.

Part of the state’s strategy in assigning the licenses they did was in anticipation of such events, according to Green Solution. The licenses have been issued in five different regional zones  throughout the state, so that despite logistical issues in one or two of them, the other locales should be able to cover the demand. The plan was intended to provide sustainability.

Regarding distribution, some areas encountered temporary delays from flooding, windfall, and gasoline shortages, but nothing was completely washed out. Indeed, the Florida Department of Transportation reported that even down in the hard-hit Keys, all 42 bridges along U.S. 1 – the only road into and out of the islands – had been inspected and cleared for traffic to resume as normal.

Florida’s cannabis industry may have survived unscathed, but the storm was a helpful reminder that in the frenetic pace of building and running businesses in this fast-growing market, cannabis operators need to plan for emergencies and prepare disaster recovery plans. Whether it is hurricanes in Florida, earthquakes in California, or wildfires in the Pacific Northwest, contingencies must be made to mitigate if not avoid catastrophes.