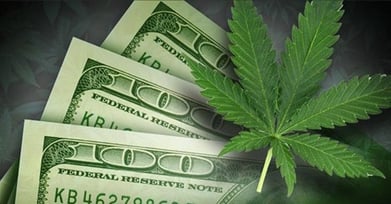 It should come as no surprise that cannabis businesses pay a disproportionate percentage of federal income tax relative to income — sometimes even as high as 90+% of gross income — in large part because of the draconian, one-sentence provision of §280E in the Internal Revenue Code (IRC) that disallows deductions (other than for the cost of goods sold) for cannabis trade or business expenses (like rent, utilities, and labor) that are allowable for non-cannabis businesses.

The rapidly changing environment and continuing development of the law within the cannabis arena makes predictability somewhat problematic, and because of the significant exposure to penalties and interest, most businesses file their tax returns more conservatively by applying IRC §280E. The purpose here is to suggest a hedge that is not often used, but probably should be.

Section 6511 of the IRC allows three years from the time your federal tax return was filed, or two years from the time the tax was paid (whichever expires later) within which to file a claim for refund. What this means is that you have that time period to “change your mind” about the way you reported things, and that you then have a shot at getting some tax dollars back (with interest). If the IRS grants your claim for refund, so much the better. But if it denies your claim, you have two years within which to bring suit for refund in federal court (IRC §6532). And if the IRS takes no action on your claim, the time period for bringing suit is considerably longer, though there is disagreement as to just how much longer.

In this changing legal environment, filing a protective claim for a refund can preserve particular arguments and allow you to evaluate and pursue those arguments at a later date as further law develops. For example:

What if §280E is later held to be unconstitutional?

Consider the landmark case of Californians Helping To Alleviate Medical Problems, Inc., v. Commissioner of Internal Revenue, 128 T.C. 14 (2007), better known by the acronym CHAMP, which was decided by the U.S. Tax Court just over 10 years ago, and remains a shining example of creatively successful tax advocacy. In its groundbreaking decision, the court held that though the expenses (other than cost of goods sold) associated with CHAMP’s provision of medical cannabis were precluded from deduction under IRC §280E because they derived from “trafficking in controlled substances within the meaning of Schedule I of the Controlled Substances Act”, the expenses associated with its provision of caregiving services on the same physical premises were deductible because they were derived from a separate trade or business that was not subject to the Controlled Substances Act, and therefore not subject to §280E.

The current position of the DEA is that cannabidiol (CBD), whether extracted from industrial hemp or from cannabis, is included in Schedule I of the Controlled Substances Act, so that the expenses associated with it, other than cost of goods sold, would be non-deductible under §280E.  There are many in the CBD industry who openly advertise to the contrary, though there in fact is no judicial decision so holding. Last January, Hoban Law Group challenged that position in the 9th U.S. Circuit Court of Appeals, filing a federal suit against the DEA; that case remains pending.

Yet, if CBD is later determined not to be a controlled substance under the Controlled Substances Act, a protective claim for refund (properly structured and so asserting) could preserve your right to claim that the CBD aspects constitute a separate trade or business that is not subject to §280E. The same can be said for paraphernalia sales, including multi-purpose items that have uses not limited to cannabis.

Finally, a word of caution: cannabis issues and claims for refund are complicated and highly technical areas of tax practice, for which you would be well-advised to engage a competent tax attorney and CPA with substantial experience in both. With the considerable dollars at stake, it is strongly suggested that using these available tools to hedge your financial bets makes real sense. 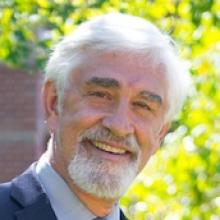 Ken Boiarsky, Counsel, is a an AV® (highest) rated attorney specializing in federal tax matters, with an emphasis on audit, controversy, and litigation aspects for Hoban Law Group. Founder and managing partner Robert Hoban of Hoban Law Group serves as an advisor to New Frontier Data.