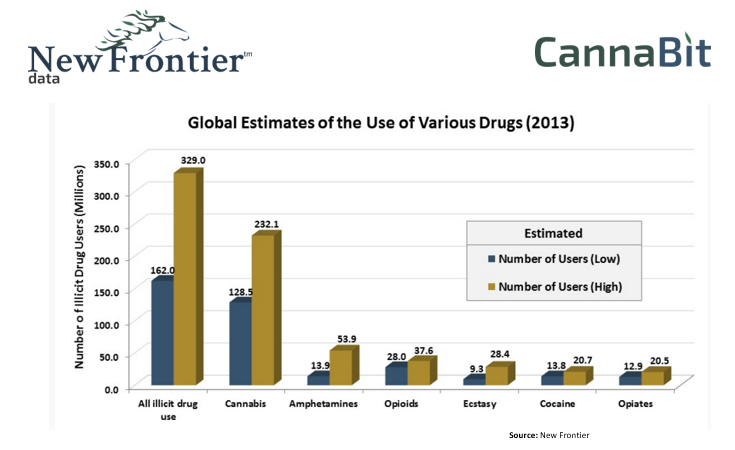 Globally, the United Nations Office on Drugs and Crime estimates that up to 329 million people use the main type of illicit drugs.

Cannabis is the most widely used illicit drug by a significant margin, with up to 232 million users or nearly 5% of the global population.

This means the number of cannabis users exceeds the populations of the UK, France, Germany, and Spain - combined.