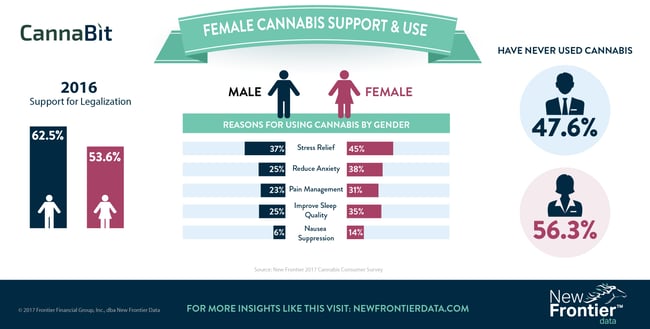 As legalization of cannabis expands within the United States, some dramatic changes can be seen in both the American public's perception about and usage of cannabis, though significant differences can be found across demographic groups. For instance: