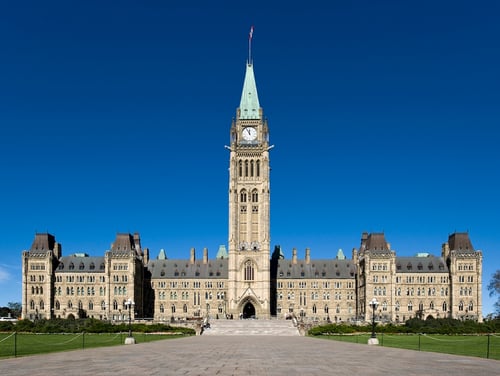 Though no one welcomes problems, Canada’s current hints of difficulties with demand may ultimately prove to be a worthwhile lesson as its legalized medical cannabis market matures.

The nation’s current regulatory framework for medical cannabis, its Marijuana for Medical Purposes Regulations (MMPR), was established in 2013. Activation of the medical program that same year has caused the number of patients to quickly swell to nearly 168,000 by March 2017, for a patient saturation rate of 0.46% of Canada’s total population. That number of registered patients should continue to grow in the near term, even with full access to cannabis with Canada’s adult use market expected to open next summer.

Still, the program has not yet been perfected. This month, an article by Lift (a Toronto-based, cannabis-focused technology and media company) described how interest and demand in Canada’s medicinal program continues to rise, if not without some voiced complaints about lack of supply.

Canada’s medical market was legally designed to be vertically integrated, with Licensed Producers (LPs) allowed to sell and ship cannabis through the mail. To date, patients are served by Canada’s 52 LPs, more than half of which are in the province of Ontario. Canadian regulations tightly restrict any marketing or advertising of cannabis products, and as only home delivery of cannabis is allowed, no legal storefronts exist.

But an undetermined number of illegally operating dispensaries have sprouted up around the country to provide easy, quick access for patients as they prepare for the coming adult use market by establishing market share and branding in their respective communities. These storefronts have been tolerated by law enforcement, although police do occasionally raid and shut down the most flagrant violators.

“I think that Canada will experience the same issue as California will with respect to rogue, illegal dispensaries,” said New Frontier Data’s Senior Economist Beau Whitney, who will be studying the issue this week in British Columbia (watch this space for a summary dispatch later in the week). “It will limit the ramp-up for the legitimate operations, and will be something that the regulators will need to address in order to be successful.”

So, despite national government restrictions, sales and nationwide demand for medicinal cannabis continue to climb as new patients join the program. Yet, while Health Canada reports how the rolls of clients registered with LPs has been expanding at a rate of about 10% per month, that expanded enrollment has already left some patients unable to find the kind of products they need.

Especially given the recent run on the market seen this month in Nevada within the first weeks of its adult use program, some cause for concern exists before Canada is ready to launch any nationwide adult use market. For while Health Canada tried to assure that it is “aware of reports of individuals who were not able to get their preferred product from their licensed producer,” it is not simply a matter of patients getting what they needed, if not what they wanted: Shortages were reported among specific products including CBD-only options for dried flowers and cannabis oils, as well as for various cannabis strains and unique cannabinoid and terpene profiles which they respectively offer. Thus, while producers with sales licenses may have some inventory to sell, such products do not necessarily apply to every patient’s needs given limited options.

With the opening of the adult use market a year from now, a more traditional, brick-and-mortar dispensary model is expected to replace the delivery-only approach, so now seems an optimal time to refine the rules to accommodate the anticipated coming demand.

As New Frontier Data describes in “The Cannabis Industry Annual Report: 2017 Legal Marijuana Outlook”, Canada’s adult use legalization task force sought to assuage patients’ fears that open legalization would choke off their access to medical cannabis by recommending that a separate medical market be maintained to assure easy and affordable access to medical cannabis. Yet if they are seeing shortages today, they best take renewed heed, and advantage of the opportunity for correction now before any significantly scaled crisis arrives fueled by strong adult use demand.

Either way, for now the bottom line in the land of the maple leaf remains rosy: New Frontier Data projects total Canadian medical sales to reach $943 million (USD) in 2018, and fully expects there to be considerable market opportunities for investors in both the medical and adult use markets over the next eight years.