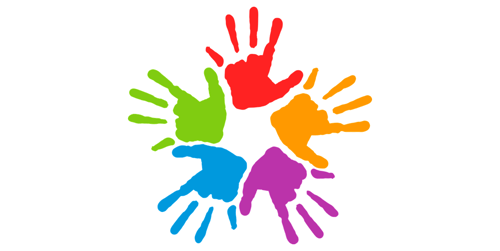 As the burgeoning U.S. cannabis industry continues to establish itself and expand[1], and while there certainly remain plenty of unknowns to be determined (see: Jeff Sessions, the Trump administration drug policy, the 280E tax code, etc.), there is one aspect that is rising to the top of the conversation and promises to make headlines in business and socio-economic studies: diversity within the cannabis industry.

A characteristic that is already setting the cannabis industry apart from other sectors is the prominence in interest from – and now the presence of women in – leadership positions across cannabis-focused organizations.

As reported by Grasshopper.com, women today make up 36% of corporate leadership positions and 63% of management in the cannabis sector while women represent half of the total U.S. labor force. Meanwhile, they start 38% of new businesses at a time when women across all U.S. businesses represent 5% of CEOs and 25% of top management positions. That is a 30%+ to 50%+ difference in women’s representation between the cannabis industry and all other reported industries in the U.S.

It is a progressive step; according to a study commissioned by American Express OPEN, "business revenues among women-owned firms have increased by 35% since 2007, compared to 27% among all U.S. firms — thus at a rate that is 30% higher than the national average."

Even though recent data has suggested that only between 2% to 6% of companies started or led by women received any funding from venture capital, findings by Washington, D.C.-based think tank Peterson Institute for International Economics, and audit firm Ernst & Young, are particularly notable. They show that companies with women in their highest corporate offices correlate with greater profitability: Peterson Institute’s 2016 study of nearly 22,000 publicly traded companies in 91 countries found that an increase in the share of women in leadership positions (from between zero to 30%) was associated with a 15% increase in profitability.

Efforts to better understand the socioeconomic impact of diversity such as those led by Equity Permit Program come as a welcome respite to the cannabis industry. In Oakland, city leaders recently voted to establish that initiative to essentially provide a de facto form of reparations for what many have described as injustices having been done in the name of the War on Drugs, and to establish a method devised to increase racial diversity alongside gender equity within the industry as it grows.

Statistics bear out the extent to which the federal prohibition of marijuana 80 years ago, and especially the drug wars waged since the 1970s and ‘80s, disproportionately affected minorities and poor Americans. The socioeconomic fallout left many with criminal records which have rendered them unable to fully participate in the cannabis industry, while some major companies meanwhile dive in to collect legal marijuana profits.

Noting this, some states and regulators have decided that entrepreneurs in the cannabis industry should work to extend ownership to people hit hardest by the old anti-drug laws.

Oakland’s plan is for 50% of all the licenses for medical cannabis dispensaries to go to people from two groups: First, those convicted within the past 10 years for violating marijuana possession laws that soon will no longer apply in California; the second, those living in neighborhoods statistically proven as having been heavily targeted by police for drug arrests (primarily in Oakland’s poorest neighborhoods).

The start of the program has not gone without its bugs – some early problems have included bureaucratic requirements that can be particularly confusing and discouraging to the uninitiated, and some would-be applicants have been unable to produce the required documentation to prove their qualifications. There is also the concern that these efforts may ultimately result in the most qualified business owners being excluded due to the limited number of licenses.

The outcome of these efforts remains to be seen, but with the industry’s explosive growth and broad opportunities for wealth creation, there is growing interest in finding ways to equitably create opportunities for those who have been most marginalized by highly punitive federal and state cannabis laws.

[[1] Legalized cannabis is now in 30 states, the District of Columbia, and the U.S. protectorates of Puerto Rico and Guam.] 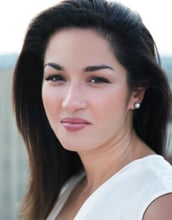 Giadha Aguirre de Carcer is the Founder and Chief Executive Officer of Frontier Financial Group Inc., dba New Frontier Data. She is an entrepreneur with over 20 years of experience in business execution, management and strategic business development with an emphasis on emerging markets. De Carcer has worked in investment banking with JPMorganChase in both Manhattan and London, and served as a senior consultant in the defense, technology, and telecommunication industries for both the commercial and government sectors domestically and abroad.

She has successfully launched and operated four data-driven businesses, including disruptive technologies such as the original patent application behind Progressive’s Snapshot and Verizon’s Hum. She is considered an expert in strategic positioning and risk management in emerging high growth markets, along with investment banking, and government and commercial intelligence data collection and analysis. These core skill sets along with dynamic entrepreneurship have defined de Carcer's career, and drive her vision forward for New Frontier Data.

De Carcer and her work have been featured through large media outlets and in documentaries and books including Forbes, Fortune, CNBC, Fox News, CNN Money, “Mary Janes”, “The Marijuana Show”, “The Gold Rush”, and “Breaking the Grass Ceiling”, among others.