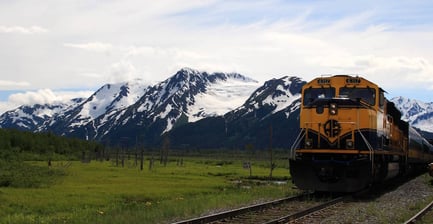 Were Santa to try and find some medical cannabis to help treat his lower back after completion of his Christmas rounds, a dispensary in Denali, Alaska, would be the closest location from North Pole, Alaska (2016 population: 2,232). But it would be no surprise: It was back in 1975 when the Alaska Supreme Court first ruled in favor of an adult individual’s right to privacy under the state constitution to personally possess and use a small amount of cannabis at home. That decision informed Alaska’s legalization of medical cannabis in 1998, and its adoption of an adult use program in 2014, upon passage through a voter initiative which was carried by a 53% to 47% margin.

That noted, it is only recently that Alaska has really been starting to see some traction within the cannabis space. This month, the Alaska Department of Revenue reported that the state received nearly $1 million in tax revenue from October cannabis sales. The official total of $953,591 set the state’s new single-month record for sales, derived from 1,004 pounds of flower (or bud) sold by farms to retailers, along with some 626 pounds of other plant parts purchased. In Alaska, flower is taxed at $50 per ounce, with trim at $15 per ounce (typically for processing into other products).

As attorney Jana Weltzin of Hoban Law Group shared with New Frontier Data through a regulatory update for the state, the most pressing issue of the day for the Alaska Marijuana Control Board (MCB) is the Onsite Consumption Endorsement, which last month came up for a third time at an MCB meeting, after having been tabled last February in anticipation of industry guidance from the then newly installed Trump administration.

Following Alaska’s 2014 passage of an adult use program, proponents of onsite consumption argued that its regulations should be modeled after laws regarding alcohol consumption in bars. In short, those include watching out for overconsumption by and cutting off service to inebriates, being vigilant against illicit sales, and keeping out anyone not aged 21.

The MCB has accepted public comment on the measure, but not yet announced a public hearing to share the results. Were the measure to pass, Alaska would become the first state nationwide to allow onsite consumption at retail stores (Denver has a similar but limited pilot program prone to expire in 2020). Should substantive changes be made by the MCB board after considering the public comments and whether to adopt the draft regulation, the amended draft would head back out for another period of public comment.

The current draft (put out for public comment in August) includes the following: